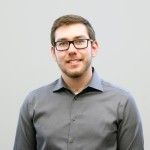 Matthew Wyckoff is a senior music education and performance major at West Chester University. His hometown is Mullica Hill, NJ where he studied percussion, saxophone, and bassoon. His mother is a music teacher and was an important influence on his early development as a musician. Currently, his principal teachers include Professor Ralph Sorrentino and Professor David Nelson.

Matthew has been a member and principal percussionist of the WCU Marching Band, Symphony Orchestra, Wind Symphony, Percussion Ensemble, and the prestigious Wind Ensemble. Recently, he won the WCU Concerto Competition and performed Emmanuel Séjourné’s Concerto for Marimba and Strings with the WCU Symphony Orchestra.

He also won the Sophomore Scholarship Competition performing the marimba solo in Seascape by Thomas Marceau. In addition to his classical performing, he has participated in drum corps as a member of The Cadets2, The Cadets, and United Percussion.

Matthew has a strong passion for teaching and has taught percussion at numerous high schools in the area including Phoenixville HS, Avon Grove HS, Daniel Boone HS, and Garnet Valley HS. Currently he is a front ensemble instructor with The Cadets2. Matthew plans to attend graduate school and pursue a career in teaching and performing.